Paris by night? If only I had had my camera with me to capture more of the City of Light.

I have only a few after-dark, nocturnal photos to share. But first, two more favourites. 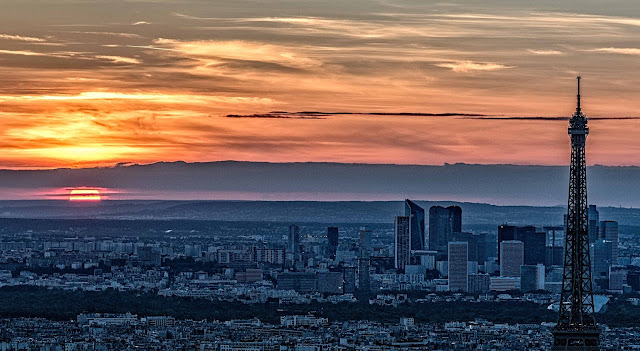 The view from the Montparnasse Tower is one of the best in Paris - by day and by night. Buy the one-day ticket to the top. That way you can shoot during the day, then return way before sunset and the city lights.


If you want to do some nocturnal photography, get there well before the magic hour to set up your tripod. There is competition for space AND beware the gapers and the rude pushers and shovers with their selfies. 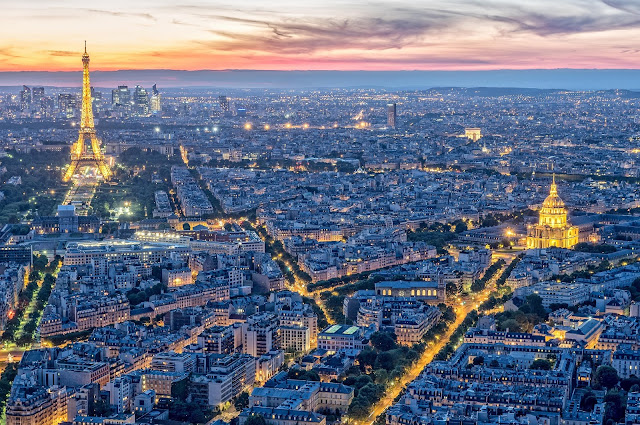 and then there was Bastille Day 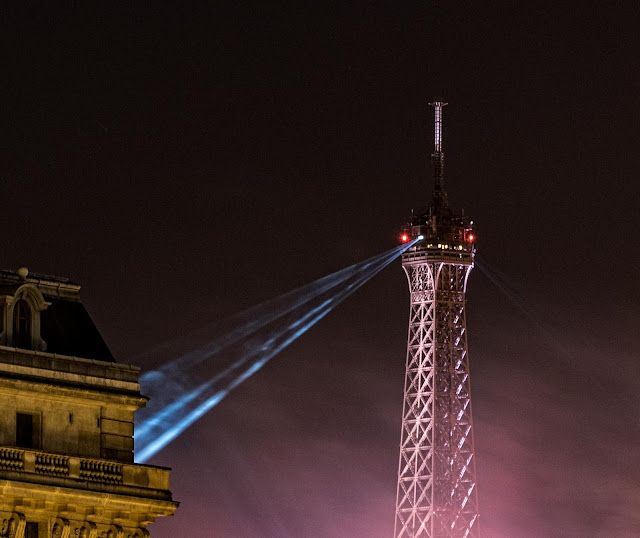 I set up on the right bank of the Seine
right across from Musée d'Orsay. 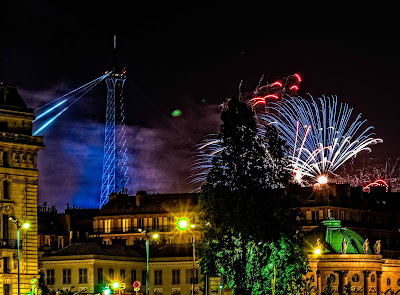 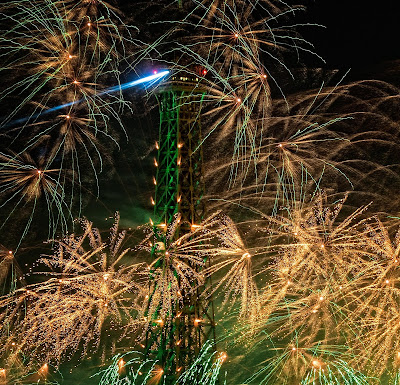 There was much more of the fireworks to be seen at the Champs de Mars, however I was not prepared to deal with the crowds. With my telephoto lens, I still had a great spot!

It has been fun working on this blog, and wonderful to stay in touch with readers through your many encouraging comments.


It is time now for home once again.
The place that is the most special of all!
N'est-ce pas? 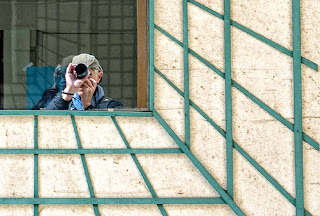 Every photo in FRANCE ONCE AGAIN has been more or less randomly captured, but carefully selected and prepared for posting. Each one has special meanings for us.

The text, my words in the blog, have also casually come to mind, triggered by the pictures, then woven together into little stories. This rather Yin Yang sort of process has been a fun creative experience.

Now, as we wind down our nearly half a year away, it is time to bring this legacy project to a close. But how does one really close on Paris? I am going to dodge that bullet by admitting that I think I am now tongue-tied. After all, what could I possibly add to what has already been said and shown about Paris, one of the world's most magnificent cities, with all its beauty and grandeur, its history and culture, its well-mannered and friendly people; and of course, its big city noise and summer crowding?

Ç'est ça! (That's it!), as my good friend Yves might say to capture a moment like this. I can, however, offer one word that packs an awful lot of meaning for us. The word is, in capital letters, INSPIRING.


Each of the  photos in these final two chapters is an image that communicates something special about our experience of this place.


For all its old stone buildings, sculptures and monuments, Paris is also a city of colour.

The Promenade Plantes is an elevated walkway that runs east from Place Bastille for a few kilometres.

It is a very refreshing walk for many reasons, not the least of which is that you will find few tourists there.

Also, it is clean, it is a park; it is a human loving place for infants to the aged, for the disabled to the athletic. There is social housing and high-end real estate along the pedway.

The Musée d'Orsay is the place to see the work of the Impressionists.

The old train building itself is another of Paris' examples of architectural grandeur.


Arrange lunch here, if you can spare the euros.

Sacre-Couer as seen much closer up in Montmartre.

The best of the big world cities are walking cities. There is lots to see in Montmartre, especially the old upper village. Be prepared for some mega-walking.

We recommend approaching the top from the side streets to the west, then take the knee-numbing steps down after that. There is also a funicular.

The church was a disappointment inside.


The Church of Saint-Jean-de-Mont-martre is Paris' Art Nouveau church.

Whatever did the waiter see on his smartphone?  I zoomed in to see him mouth what looked like "FZK" (See graffiti, top right) before he turned and walked past his reflection. Did his reflection move with him?

We had lunch on the rooftop of Gallery Printemps. You can take your own sandwich or baguette up there and get the same view.

I think she was laughing with me, not at me.


This is the penultimate chapter of the blog.
One more. 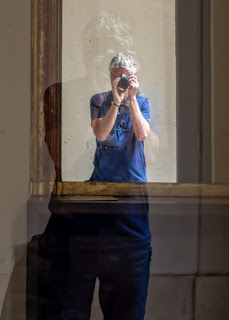 
Posted by Gary Karlsen at 1:18 PM No comments:

Chapter 24our: Mosaic of Southwest Norway

Norway is a land of beauty - rugged and rough, colourful and charming, friendly and clean.

The country is shaped like a long crooked Troll finger, pointing from its knuckle above the Arctic Circle to its tip which is about the same latitude as the north of Scotland.

This blog chapter is simply a mosaic of images around the southwest coast of Norway in the vicinity of Stavanger, up and down a few fjords.

The Norwegian flag is always flying somewhere. This pennant is called a vimpel. It is always hoisted at the summer cottage, probably to say, "We are here now." 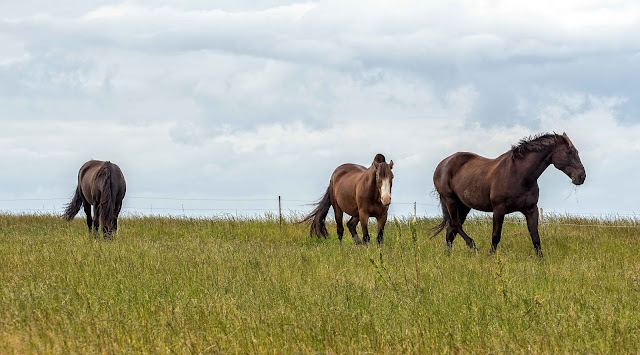 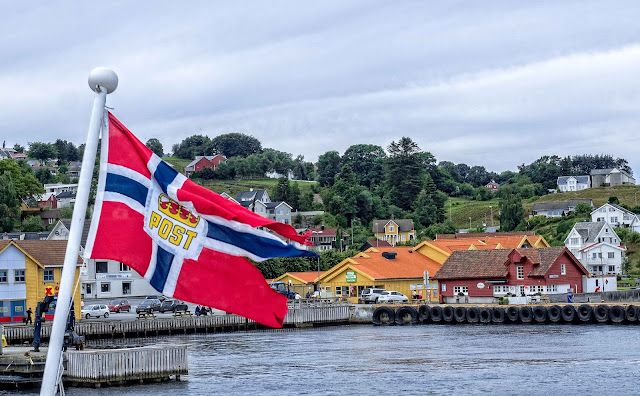 The following three photos are at Janken's and Otto's
summer home in Tysvaer. 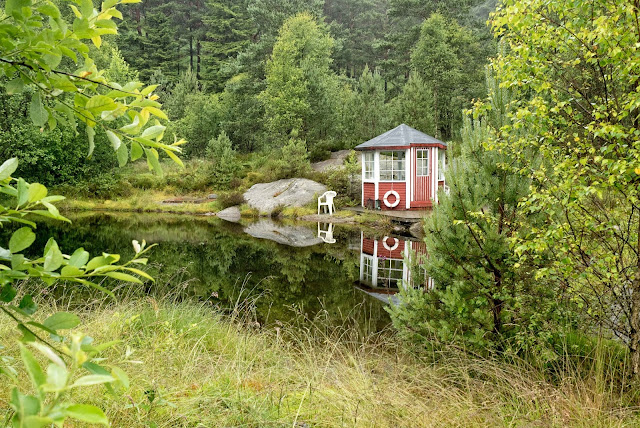 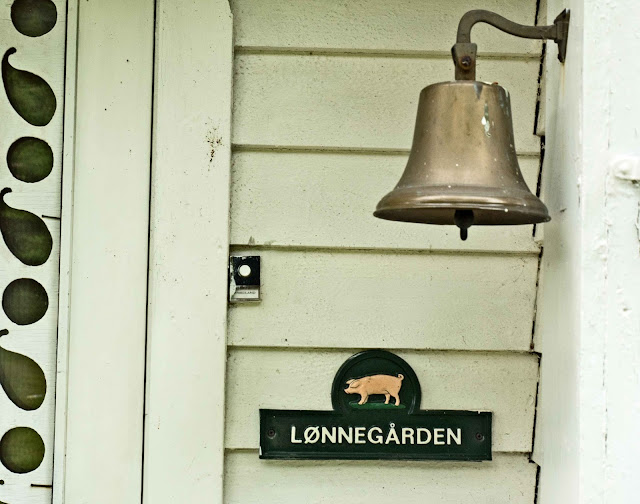 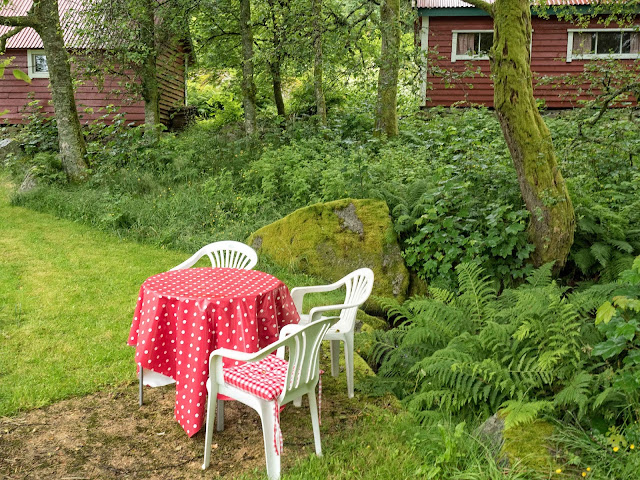 Stavanger has more old wood houses than any other city in Europe. Some of them are over half a century old - a testimony to craftsmanship and maintenance. 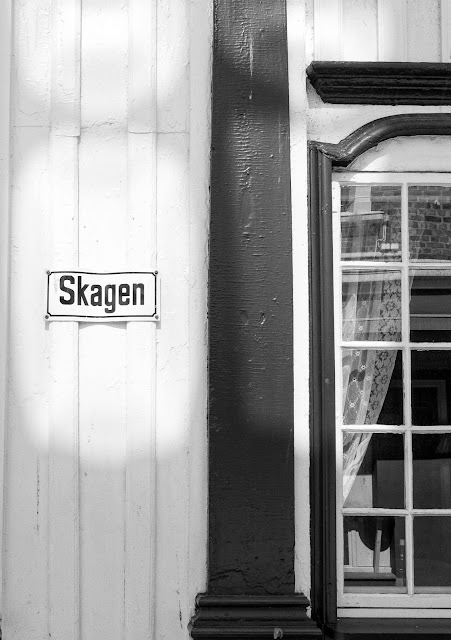 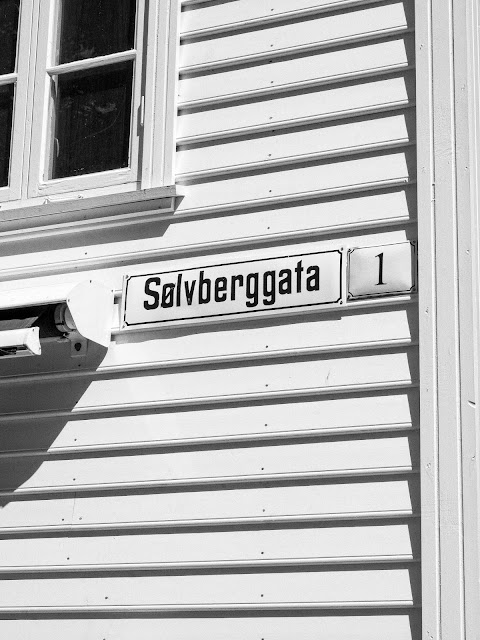 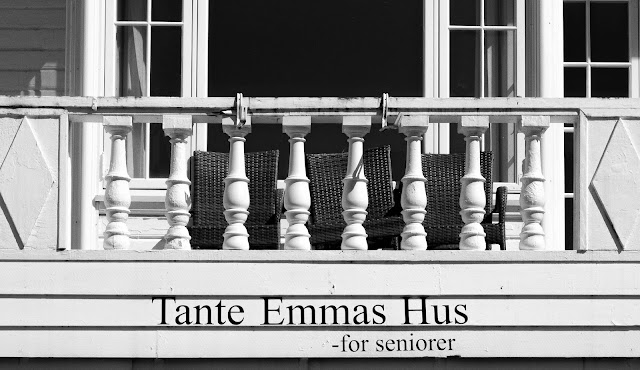 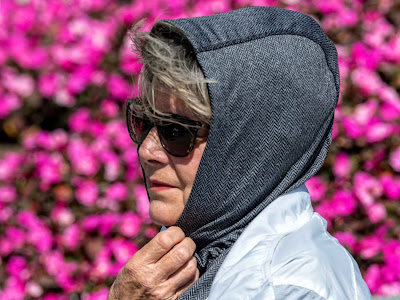 On or about July 4, 2017 the temperature in Los Angeles was about 112 F. On the same day in Stavanger it was less than half that. The wind was cool, and the air was so clear a good eye could see the pine needles on a tree from a great distance.

In some parts of L.A. that day, from the same distance, the palm tree fronds were fuzzy from the smog. Which would you choose?

Q: What's the story in this picture below?

1. The guy at the bank machine is withdrawing money to buy a dog? Probably. They were Norwegian prices.

2. I took a very quick trip to Sweden and back? No, no. The yellow and blue (Swedish flag colour) of the hot dog cart umbrella is just a gimmick to catch the locals' attention.


3. My hot dog was crunchy because one of the HD Man's missing fingers was in the bun? No, it was the raw onions. I did not want to bring up the subject of his fingers. He seemed happy enough without them. His extra long thumb probably made up for the missing digits.

4. We are so smiling because after a lot of the usual lost in translation banter we learned that we are brothers from a different mother? No, just instant buddies.